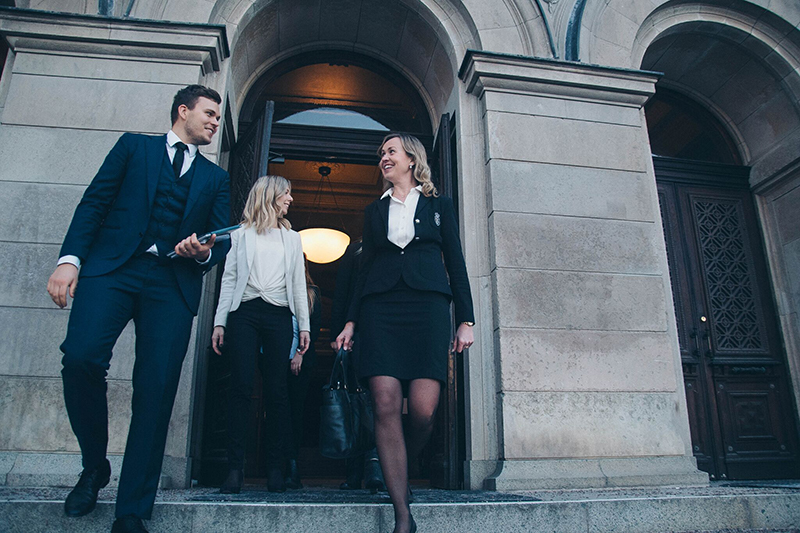 The Board of Appeal for Student Support decided to overturn the decision of the Central Student Support Board (CSN) and grant student support to the Human Rights Lawyers’ client in a precedential case regarding study support for foreign studies.

– The decision of the Board of Appeal is welcome; There has been no other indication than that the university in question has a democratic value base that is in accordance with the values ​​set out in the curriculum for the Swedish school and is consistent with human rights, said Ruth Nordström, Chief Lawyer at the Scandinavian Human Rights Lawyers

– The Board of Appeal’s decision is very pleasing – it would have resulted in serious consequences for Swedish students if the possibility of study support for foreign studies would have been restricted to the extent that CSN claimed in their decision, said Rebecca Ahlstrand, lawyer at the Scandinavian Human Rights Lawyers.

The Central Student Support Commission (CSN) has in several cases denied study funding for international studies for theological and other studies with a Christian connection in, among others, the United States. The background is the new provisions of the Study Support Regulation, which entered into force on May 1, 2018, which increases the authority’s ability to deny study funding in certain situations. The preparatory work of the new regulations clarifies that study funding is not intended for education abroad that is incompatible with Swedish regulations, such as provisions on human rights and freedoms in Chapter 1. Section 2 of the Constitution (Regeringsformen) and the principle of non-discrimination. The new rules were added, inter alia, following extensive criticism that Swedish study funding funded 71 Swedish students at the ultra-conservative Medina University in Saudi Arabia.

CSN found that the current studies at Christian colleges and universities did not have any shortcomings in their content or values, but that the admissions process was such that they were open only to persons with Christian conviction. Human rights lawyers appealed against the decision as legal counsels of one of the applicants, stating, inter alia, that the Swedish Discrimination Act is unique in a global context. Almost all top universities in the United States use quotas and provide, for example, benefits to people of certain ethnicity. Even this type of selection method where, for example race, gender and other demographic background affects the ability to be admitted to a university is discriminatory in comparison with Swedish conditions. If discrimination in the admissions process alone could be used as a basis for denying study support for foreign studies, a large group of Swedish students in the whole world would be affected. If their study support would be taken away Swedish students would be isolated internationally. In view of the fact that, in the preparatory works, it was emphasized that the amendment of the law would only concern a smaller group of students, the current application could not have been intended. In the review it is important to assess the value base for the school and not only the admission system as such by means of an overall assessment.

The Board of Appeal decided supported the view of Scandinavian Human Rights Lawyers and overturned CSN’s decision and granted the student support for study. The case is precedent for future application of the provision in question.