José Mendes Bota, the Council of Europe´s Rapporteur on violence against women, was the keynote speaker at the seminar on trafficking in the European Parliament in Brussels where he presented his report entitled “Prostitution, Trafficking and Modern Slavery in Europe.”

“Human trafficking constitutes a flagrant violation of human rights and is one of the most lucrative activities of criminal organizations worldwide. Trafficking occurs for various purposes, including forced labor, but in Europe, trafficking for sexual purposes is by far the most widespread form. An estimated 84% of all victims of trafficking are exploited for sexual purposes“, Mr Mendes Bota said, during the seminar.

“I am very honored to receive this year’s Scandinavian Human Dignity Award. On my fact finding visit to Sweden preparing for the Council of Europe report on trafficking, I met a number of authorities, stakeholders and organizations, including the Scandinavian Human Rights Lawyers. I also met with Mrs Ruth Nordstrom at the Council of Europe in Strasbourg before the end of the writing of the report, and we compared the Swedish model with the situation in other European countries. There is a clear link between prostitution and trafficking in persons and prohibiting the purchase of sexual services is an important tool for combating human trafficking.”

Tamme de Leur, journalist and documentary filmmaker, attended the seminar and showed parts from one of his well-known documentary films about the sex trade in Europe where he compared the situation concerning prostitution and trafficking in Sweden and the Netherlands. The documentary has previously been shown on Swedish television.

Ian Forrester, Partner and Global Pro Bono Practice Leader at the law firm White & Case presented the global database of human trafficking cases that White & Case helped develop for the United Nations Office on Drugs and Crime (UNODC). He stressed the importance of taking legal action in several areas to combat these crimes.

Leo van Doesburg, leader of the European Christian Political Movement, compared the situation in the Netherlands and Sweden and underlined that the Swedish model, prohibiting the purchase of sexual services, has inspired similar legislation in several European countries.

Double click on a video to view it in full screen 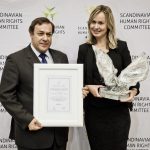 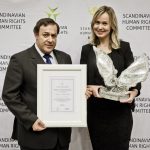 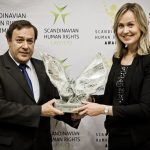 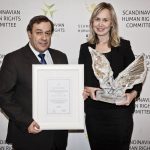 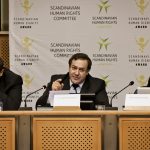 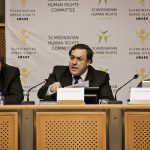 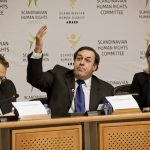 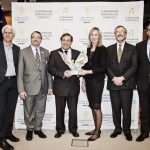 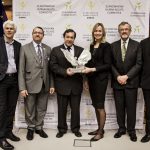 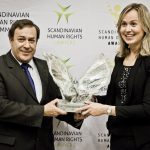 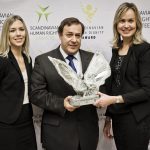 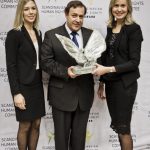